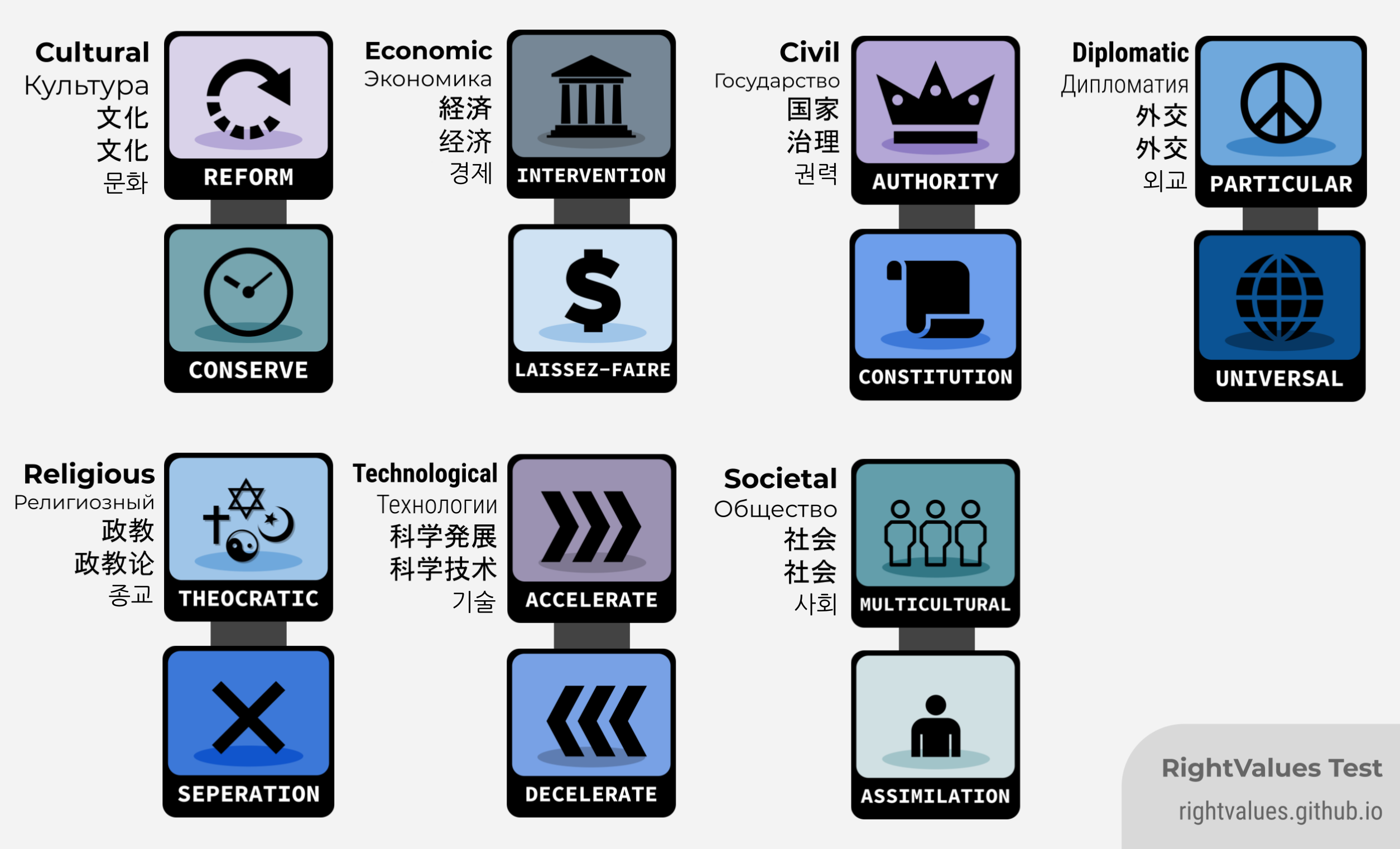 Rightvalues is a quiz for the people on the right of the spectrum, based upon the LeftValues quiz that seeks to identify your position on the right-wing spectrum, as the alternative to LeftValues. If you are not a rightist, this quiz is obviously not suited for you, and you should look for the LeftValues instead. You will be presented with a statement, and then you will answer with your opinion on the statement, from Strongly Agree to Strongly Disagree, with each answer slightly affecting your scores. At the end of the quiz, your answers will be compared to the maximum possible for each value, thus giving you a percentage. Answer honestly!

There are questions in the generic main test.

What are the values?

There are currently six axes, each of which has two opposing values. They are:

Reform vs. Conserve (Cultural)
This is Liberal vs Conservative in other words. The Cultural Left is left-wing culturally, supporting things like LQBT and Abortion. The Cultural Right wants to preserve culture and usually do not support the legalization of weed or abortion.

Dictatorship vs. Constitution (Civil)
Those with a higher dictatorship score tend to favour a dictator with less restrictions. Those who have a higher constitution score support a constitution, with the extreme having little to no government, but with a nation-wide constitution (NAP).

Decelerate vs. Accelerate (Technological)
Those with a higher Decelerate score tend to want a slower technological progress, and wants to conserve the current or past way of living. Those who score higher in Investment tend to think that acceleration brings many benefits to the market.


What does "Closest Match" mean in the results?

Similar to 8values, this quiz will attempt to match you with a specific rightist ideology. There are currently 36 ideologies, with more to come. Suggestions are very welcome.

Please remember that you are not intended to get a 100% score in any of the categories. The point of the quiz is to challenge your views. If you have any suggestions or constructive criticism please fill out this short form.

This will be updated, and if there are any errors, please tell me through this form